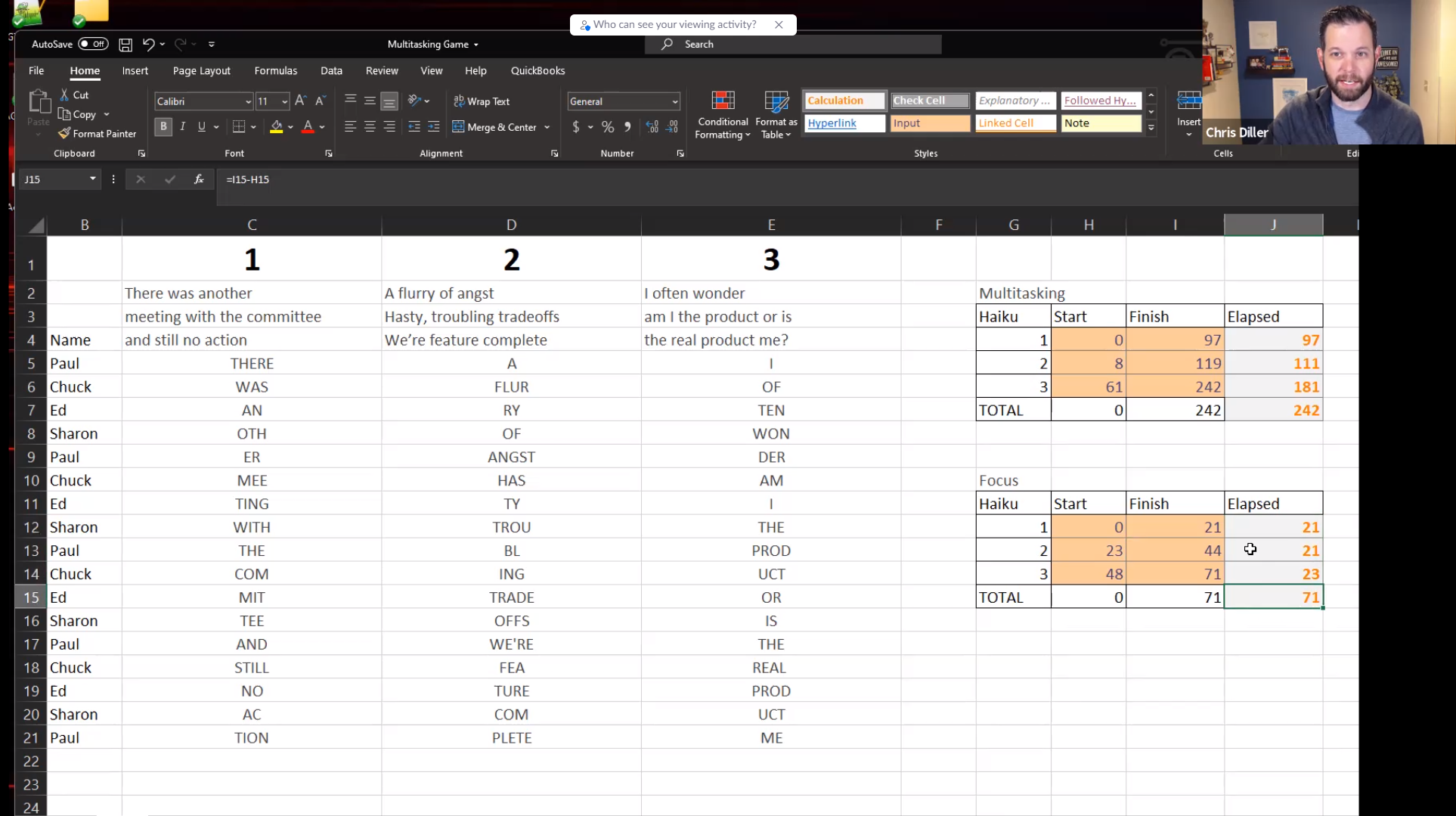 Chris facilitated the group through the Multitasking Game – a virtual adaptation by Alan Cyment of an in person game about multitasking.

In the game, the entire group works together as a team to deliver their product – haikus. Each team member is preassigned syllables from the haiku and they must work together to deliver the haiku in order.

In Round 1, the group is told that 3 haikus have been selected for delivery and that they are ALL the top priority, which will necessitate switching from one to another throughout the round. Periodically, Chris, as the facilitator, would call out when the group needed to switch their focus to another haiku. When the group started, Chris began a stopwatch and documented the time when each haiku was started and finished and how long had elapsed between those times. Here were the results (all times in seconds):

The team put in a good effort, but they frequently got confused on where they left off when switching to a new haiku. In Round 2, it was decided to focus on just one haiku at a time. The group would work all the way through haiku 1 before starting 2 and then 3. Here were those results (all times in seconds):

This second round was delivered much quicker and smoothly than the first – in fact, the group was able to deliver all 3 haikus in less total elapsed time than they delivered even a single haiku in Round 1.

After this, the group debriefed and discussed the impact that multitasking had on quality, time and stress.

Additionally, the group pointed out some additional insights around the work being broken down ahead of time vs. the group being involved in the breakdown (showing that having a shared document does not equate to a shared understanding). A suggestion for a 3rd round was also given wherein the group would still multitask (sometimes that’s our reality!) but would have more autonomy in how it was delivered.

There are numerous ways to adapt and use a game like this. What resonates with you? How will you utilize this?

Materials from the session:

Recording of the session: