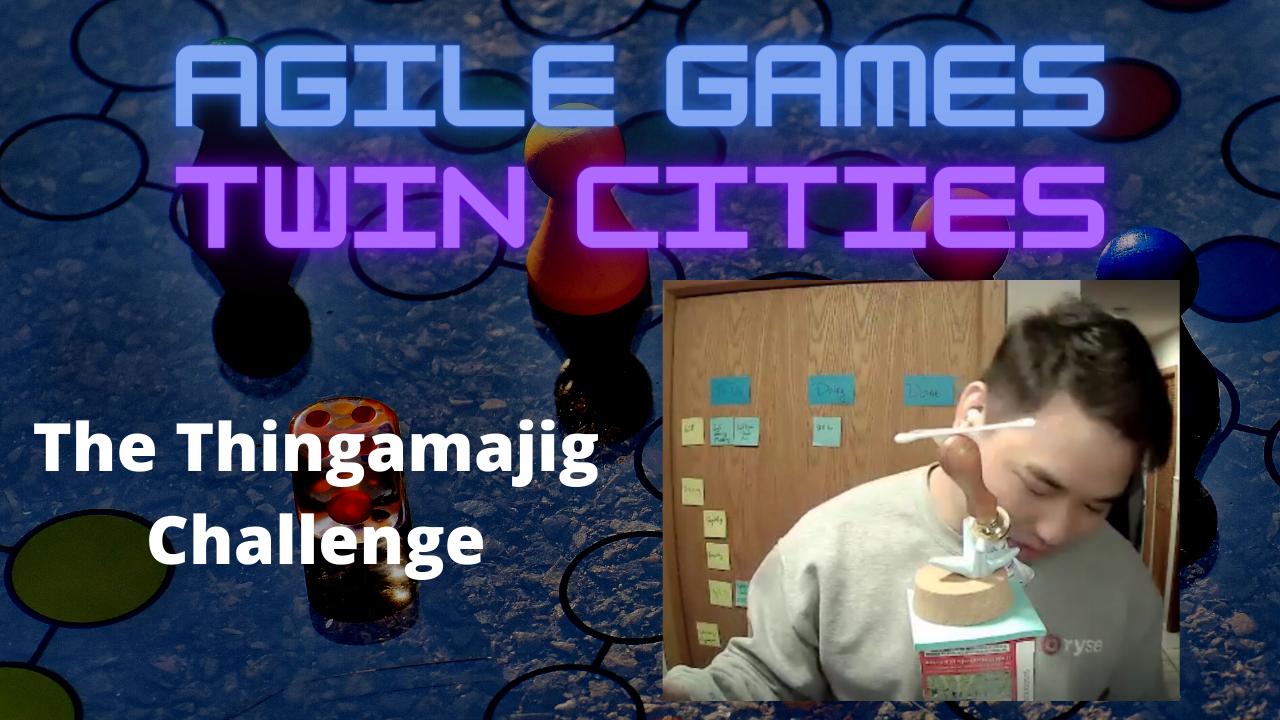 First, everyone is given 5 minutes to find 15 objects of varying sizes from around their house. Breakout Groups are then formed (about 4-6 per group) and tasked with choosing who has the “best” 15 items and to select one of the 15 as the “thingamajig” – a smallish object that might work well on the top of something.

It’s at this point that the goal of the game is revealed – stack those 15 objects to build the tallest tower you can capable of supporting the selected Thingamajig. But there’s a catch! The person selected is not allowed to talk during construction. Teams are then given 15 minutes to collaborate and instruct the builder on how to construct the tower, placing the Thingamajig on top as the last item. Once time is up, team gather again to measure the height of their creations.

A lot of interesting things can happen here – some teams get bogged down with folks competing for a position of “power” in the group, others prototype rapidly, going through several designs before coming up with something that works. Invariably, group assume that they are competing against the other breakouts – despite that direction never being given.

Ultimately, there are many parallels between this game and how teams develop products including concepts around team dynamics, assumptions of the rules of engagement, etc. What other things stand out to you?

Recording of the session: